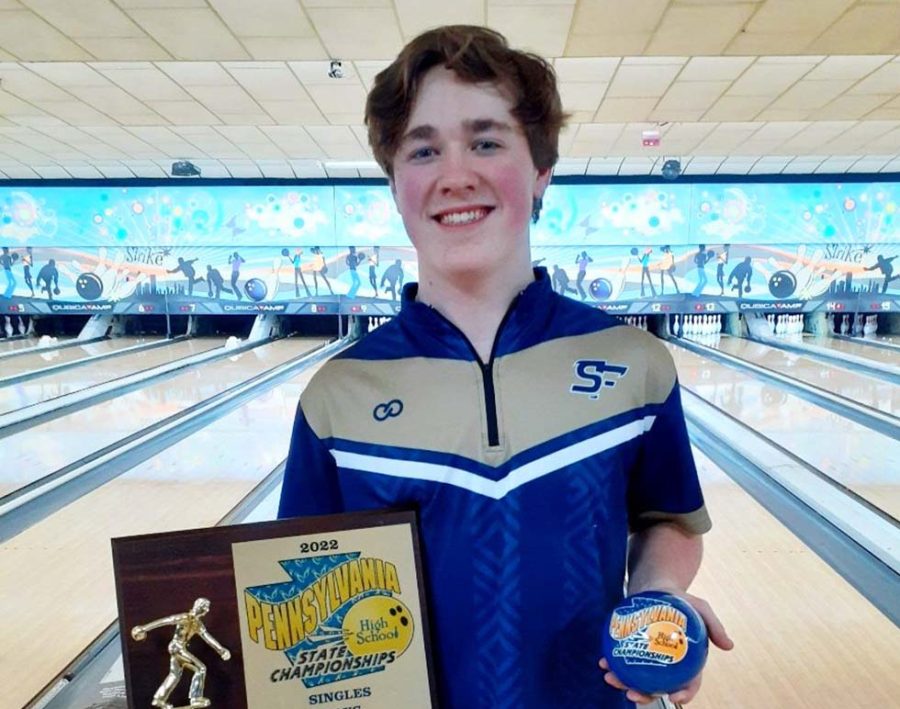 While the bowling season was at a near close for Spring Ford, Mason Doan was not quite finished with his.

He had history to make, first.

“I didn’t expect to win,” Doan said. “I just expected it to be a competition. I knew I could beat them, I knew they could beat me.”

Doan started his championship journey in the PA Eastern Regional tournament. He qualified with his high average of 231 for the regular season. There were 144 bowlers at the tournament, and only the Top 12 went to states. Doan earned his ticket to states with a fourth-place finish, where he would compete with the Top 24 bowlers in the state.

Doan bowled his way through six qualifying rounds for a score of 1364 and average of 227 per game. Only five bowlers moved to a step-ladder system that would determine the PA champion. Doan, seeded second, headed into the last leg of his championship journey.

Doan’s high seeding gave him a bye until the state semifinals, where he won 188-163 over Antietam’s Ayden Davis to earn the trip to the finals vs. Zombro
Doan is the first Spring Ford bowler to win a state title, and with the success of the program already at a hot start, he may not be the last.