SPRING PREVIEWS: Baseball gets back in the swing 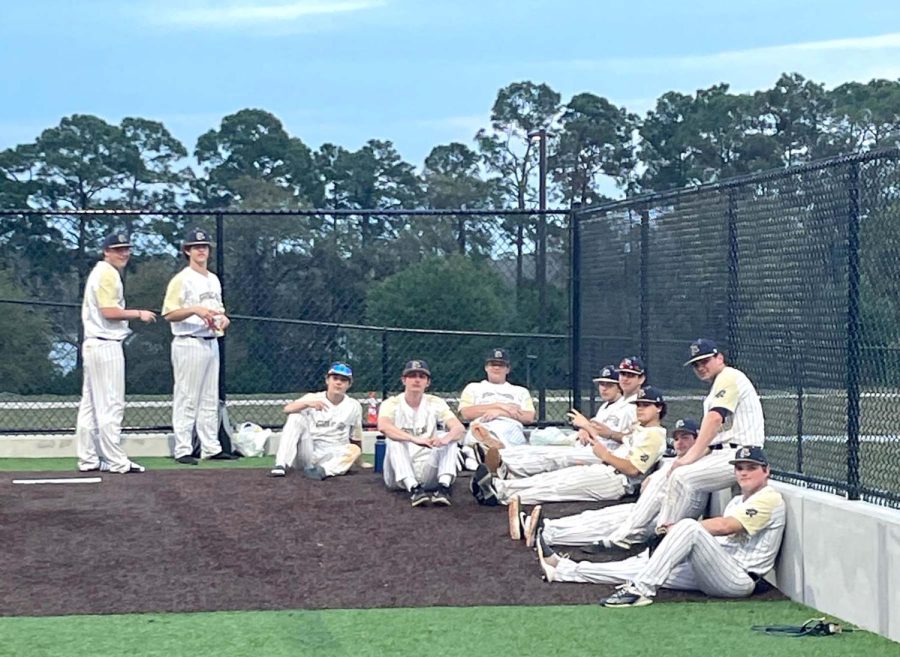 Spring-Ford's baseball team hopes to be competitive in the Pioneer Athletic Conference this year.

Last year was nothing short of just an impressive run for the Rams. They played the lights out in the 2021 season, scoring 10-plus runs in almost every conference game, and having a 15-1 record in league play.

Spring Ford not only took the PAC by storm, they also made a very impressive Pennsylvania Interscholastic Athletic Association championship run to the state semifinals.

Softball
Last season could be described as one of the best seasons for the Spring Ford softball program. Led by shortstop Briana Peck, the team went 22-1 with their only loss coming to Haverford in the State Tournament. Now, Spring Ford will build off of last year’s success to once again make a run at State glory.

The Rams will be laser focused on competing this year for PAC’s. Coach Hughes states that, “limiting distractions from outside entities” will help them have a successful season. The Rams look to make a run in states this year as the big goal for this season, and they seem to have a team that can do that.

2021 First Team All-State selection Lexi Wescott will head the strong offense, which includes the aforementioned upcoming seniors and a group of juniors of Gracie Carlin, Ellie Jarrell, and Madison Peck that each saw quality playing time down the stretch of the season. Another focal point of this team’s success is the ability for Jules Scogna to shut out opponents game in and game out, as she tossed near perfect-games each time she pitched.

Boys Lacrosse
Last season, the Rams put together a solid year. They went 7-1 in PAC play and 10-4 overall. However, they ended their season second in the PAC to PV which snapped a decade long title streak for the Rams. In the District 1 Playoffs, they opened with a 10-5 victory over Great Valley. The group would meet their match against higher-seeded Downingtown West, falling 15-4.

Looking ahead to this season, highly-anticipated, senior midfielder Christian Marchini will look to lead. In his junior year, Marchini took home 1st Team All-PAC and All-Area honors. Fellow seniors Chris Quigley, Parker Smith and Gavin Shafer will also look to heavily contribute. Their combined experience could take this team a long way. Juniors Justin Wixted and Brandon Solomon will be important for the team as well. Both were All-Area Honorable Mentions last year. They will enter this season with hopes for an even better campaign and to extend Spring-Ford’s recent history of PAC dominance that was matched last year.

Track
The track team returns for the spring season after some dynamic performances in the winter campaign, namely senior Nene Mokonchu’s state championship performance in the high jump at the Pennsylvania Track and Field Coaches Association Indoor State Championships. Mokonchu is considered one of the best high jumpers in the country, and should be a favorite to dominate the event in the spring.

Spring-Ford will have a tough task of replacing Maura Baker in the throwing events, who graduated last spring after finishing fourth in the state in the shot put. The girls team finished last season 3-2 in the PAC.

On the boys side, senior Alex Teufel returns as an All-PAC Second Team selection in the pole vault, as was junior Zach Zollers in the javelin. Teufel finished 13th overall in Pennsylvania at the PTFCA Indoor State Championships. The group of Travell Wellons, Justin Russell, Colby Basalyga, and Leo Aguilar finished sixth in the state during the winter in the 4×200 relay.
Girls Lacrosse
The Spring-Ford Girls Lacrosse team enjoyed a solid season last year by posting a 6-4 PAC record and 11-6 overall record. They unfortunately fell in the first-round of District 1-6A play with an overtime loss to Souderton, but there are reasons to believe the 2022 Rams will be even better.

Midfielder Alyssa Mozi and Defender Morgan Pizzi, both of Spring-Ford’s First-Team All-PAC selections last season, will return for their senior seasons eager for a PAC championship or further District success. Emma Sowers is another name to look out for as she wishes to improve from her All-PAC Team honorable mention caliber season last spring.

Boys Tennis
The boys tennis team had some dominant performances in league play for the 2021 season.

A team led by Seniors Josh Pergine, Ryan Miller, Colton Pollock, and Dan Thorpe helped make an impressive 9-2 record in the PAC. Spring Ford were tied for the top of the Liberty Division with Methacton last year, and Phonixville had the best record overall going undefeated in league play.

Standout Cameron Moore — who won PAC doubles with Pergine — returns as a leader of the team.

The team will undergo some spring cleaning this season, as the Rams will need to fill in the roster spots of the graduated seniors against a difficult schedule.

Overall, the roster has much potential, and juniors Yosh Rohera, Sahil Desai, and Arnav Pallem will be able to learn from seniors and coaches that will help impact this lineup for this season and into the future.