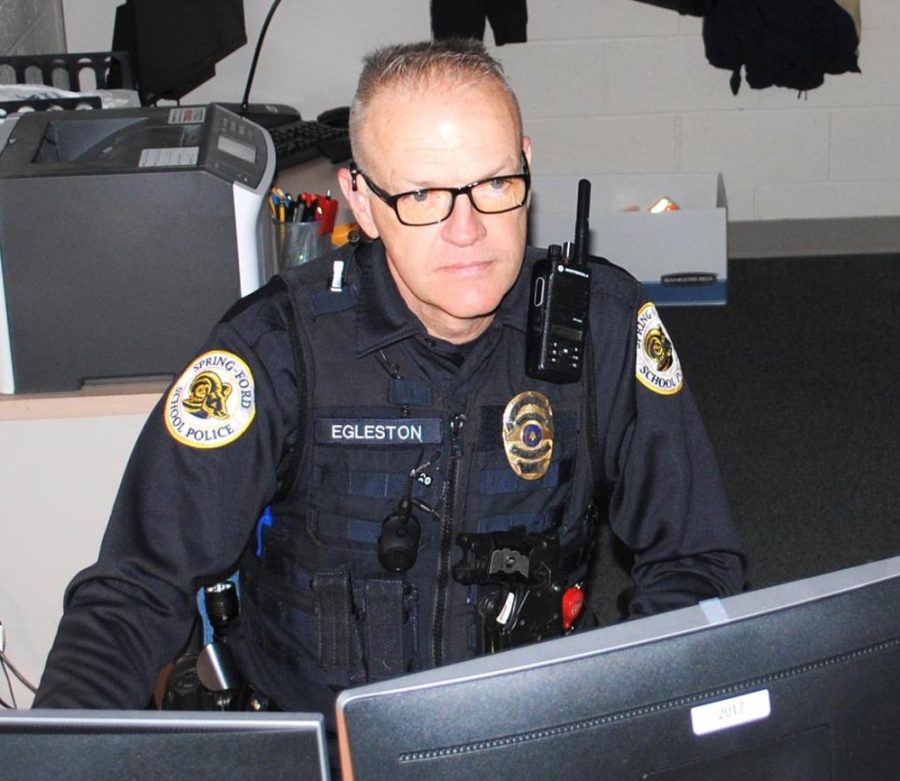 Tragically, school shootings are nothing new in the United States.

Pennsylvania requires all schools to have an armed intruder preparedness program. The Department of Homeland Security recommends RHF (Run-Hide-Fight), which has been criticized for promoting a “heroism” mindset and not focusing on the safety of the entire group.

During the 2014-2015 school year, then-principal Dr. Patrick Nugent asked the school police officers to choose a program. The officers decided on the ALICE (Alert-Lockdown -Inform-Counter-Evacuate) system over the controversial RHF.

In late 2021, ALICE was put to the test in the Oxford tragedy. Though Oxford students were praised in their ability to follow active shooter guidelines to the T, several students lost their lives.

“The response was executed perfectly, yet four children were killed and multiple injuries occurred,” Karen D. McDonald, the prosecutor whose office is overseeing the case, said in an article for The New York Times. “We really can’t train ourselves out of this tragedy.¨

Officer Terry Heydt of the Spring-Ford Police Department said that no safety measure has been changed at Spring-Ford as a result of the tragedy in Oxford, and he supports ALICE because it “provides information on not only WHAT to do, but also on HOW and WHEN to do it.”

Heydt elaborated that Oxford did reaffirm the importance of a threat assessment plan, and that Spring-Ford began prioritizing these safety measures – and others – before the Oxford tragedy occurred.

Chief David Boyer, Coordinator of Safety, Security and Emergency Preparedness, continues championing these safety initiatives that include upgraded surveillance systems, better lighting, security assessment measures, advanced radio communications district wide, and the Safe2Say system. There are also bleed-stopping kits throughout the school – a potentially life-saving element – and every single staff member has been trained to use them.

Spring-Ford’s Lieutenant Gwendolyn Phillips is proud of the district’s dedication to going “above and beyond” in terms of preparedness.

“We’re here to keep you safe from the outside world,” she said, wishing to stress that the school police are here to protect, not punish, students. “We’re not here to jam you up. Don’t think of us as disciplinary.”

So why didn’t ALICE prevent tragedy in the case of Oxford? Heydt said that ALICE was successful in preventing Oxford from being potentially far worse.

Ultimately, ALICE is a response plan, not a prevention.

“We may not be able to prevent it from happening, but we can certainly reduce the impact,” said Officer David Egleston.

Still, teachers and parents nationwide are distraught over the potential threat their children face everyday.

These drills, however useful, stoke worry in the community but are necessary measures to prepare for the worst case scenario.

“I think the training is helpful,” Joyeux Times, a 16-year-old junior Oxford student told The New York Times. “It saved a lot of students’ lives.”