History in the making

Spring-Ford's girls basketball team and wrestling team will compete in the final stages of the state tournament this weekend. 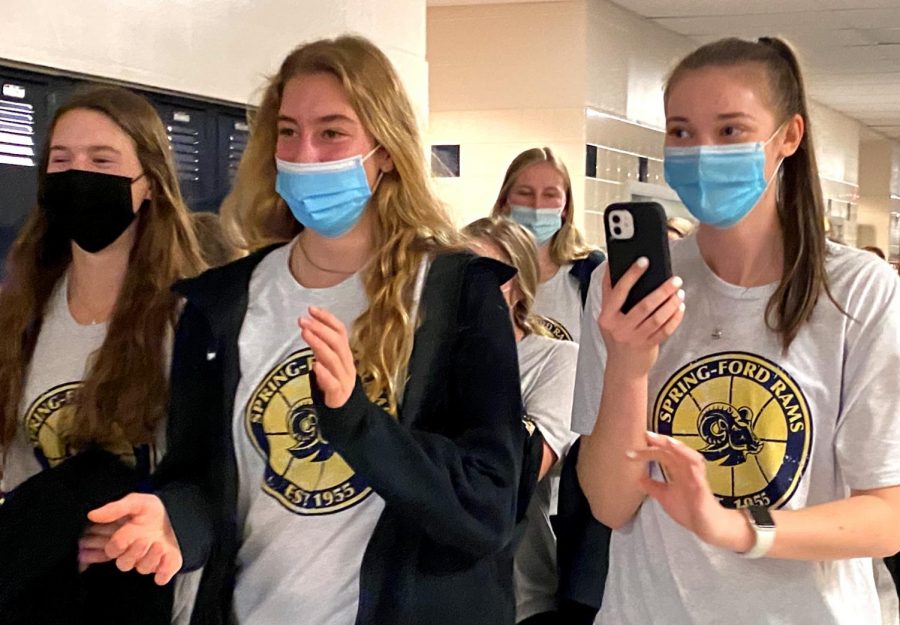 Spring-Ford’s girls basketball and wrestling teams made history this week by each reaching the PIAA State Semifinals. It marked the first time two Rams teams have made the state Final Four in the same same season.

Earlier this year, the Spring-Ford girls tennis team reached the state Final Four as well, when the Rams captured the tennis program’s first state championship in the fall.

Friday both the wrestling and girls basketball teams received a spirited send-off from classmates as they prepared to depart for postseason play this weekend.

The girls basketball team will play North Allegheny (26-1) in the state championship match tonight at Hershey’s Giant Center at 5 p.m. The game will be broadcast live on the Pennsylvania Cable Network.

“It’s very difficult to get to this state championship game in any sport and do it multiple times,” Spring-Ford Athletic Director and Girls Basketball Coach Mickey McDaniel said in an interview with Ram Country TV. “You don’t take that for granted. The excitement for each one for us is always different, because it’s potentially a different group of girls and it’s an experience not everyone gets to experience.”

“It’s an awesome, awesome achievement they’ve done,” McDaniel said. “Coach (Tim) Seislove, his staff, and all the wrestlers have done a great job. They are where they deserve to be. Hopefully they can get two more, and that would really be exciting for the wrestling program.”