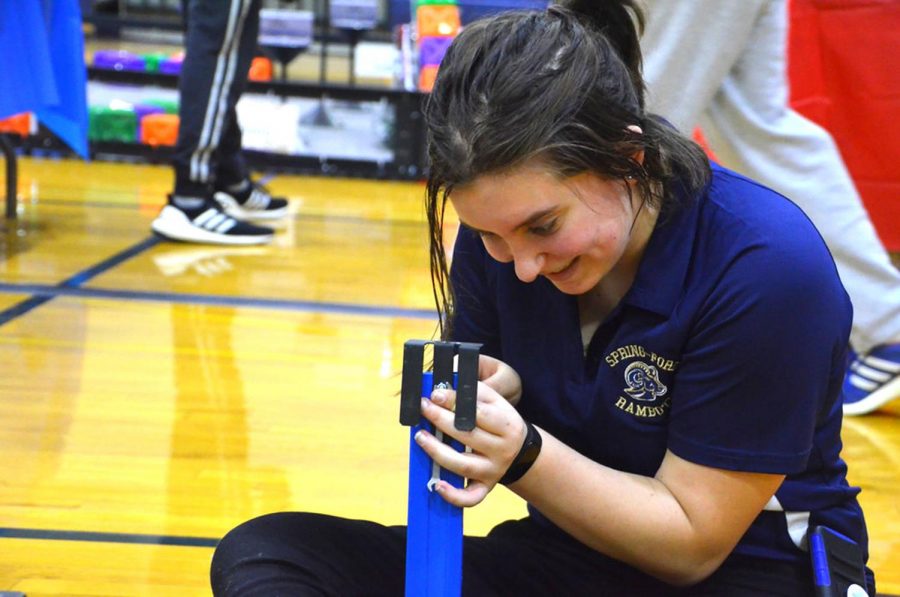 To many students at Spring-Ford, Computer Science teacher Tricia Flynn is simply another friendly face in the halls. To her students, however, she is a passionate, engaging, and hardworking teacher.

Flynn’s love for engineering and computer science began with a movie.

The movie “Real Genius,” to be precise.

She saw the film in junior high school, and its basic premise is that college students are working on a state-of-the-art laser. This interested her in lasers and technology, so she majored in electrical engineering in college. How does this connect to computer science?

“Engineers have to learn to code in their career, in order to create simulation software,” Flynn said. “I like to say that every engineer knows how to code, they just don’t tell you.”

Flynn used this burgeoning coding knowledge to work at an internship for IBM, writing software. Then, she moved to Lockheed Martin, where she worked on ocean radar and sensor systems. Over the years working in the industry, she has seen computer science and technology change rapidly as a whole.

“There has been a huge increase in computing power since the 90s, which allowed things like AI and machine learning to transform from ideas to reality,” Flynn said. “Entire new fields within computer science are springing up.”

After working in the field for years, Flynn was wondering about other ways she could use her knowledge. “I have a knack for breaking down complex subjects, and I knew I could help foster a new generation of coders, so I wanted to pursue teaching,” she said.

However, when Flynn arrived at Spring-Ford, she had her work cut out for her.

“I created the computer science curriculum from scratch, and I had to go in depth on formal topics I hadn’t explored before to create a well-rounded and cohesive lesson plan,” Flynn said.

Ironically, however, it was not her Master’s degree in computer science that allowed Ms.Flynn to teach the class, but her simple math certification from the state of Pennsylvania. After seeing the computer science program here at Spring Ford blossom over the past years, she says all the hard work is worth it.

“Seeing people work hard to reach a goal, persevere, and eventually succeed and do things they never thought they could, that’s an amazing feeling,” Flynn said.

“It’s all about developing logical and analytical thinking skills, approaching problems from different angles, and being detail-oriented”.

Having been on the commercial and academic sides of computer science, what does Ms. Flynn see on the horizon?

“Technology will become more and more integrated into our daily lives, and it may have unintended consequences, as well as the benefits it brings along. Quantum computing may upend cybersecurity and computing as we know it. We may have to give up some privacy and security for the constant wave of improvement and change. However, the human race has always adapted to new technologies, and don’t think this time will be any different.”

As a teacher, Flynn makes a huge impact on her students and helps them to find their passion for computer science. She is part of the staff that contributes to the great learning atmosphere here at Spring-Ford, and the school wouldn’t be the same without her.
Vex Robotics
It’s a hectic scene after school as the Rambot team races to collect equipment for the weekend’s competition. Arena pieces, metal reinforcements, motors, and screws are all packed away to be loaded and transported.

The founders of the club, students who had an interest in computing and robotics, would be shocked to see how much it has grown since its inception. The Rambot teams build their own robots and travel to compete as part of the Vex Robotics league. Every year, they are presented with a different challenge for the robots they build to compete. The club has grown from one team to 6 in the span of a few years. It’s all a testament to the camaraderie and competitive nature of the club.